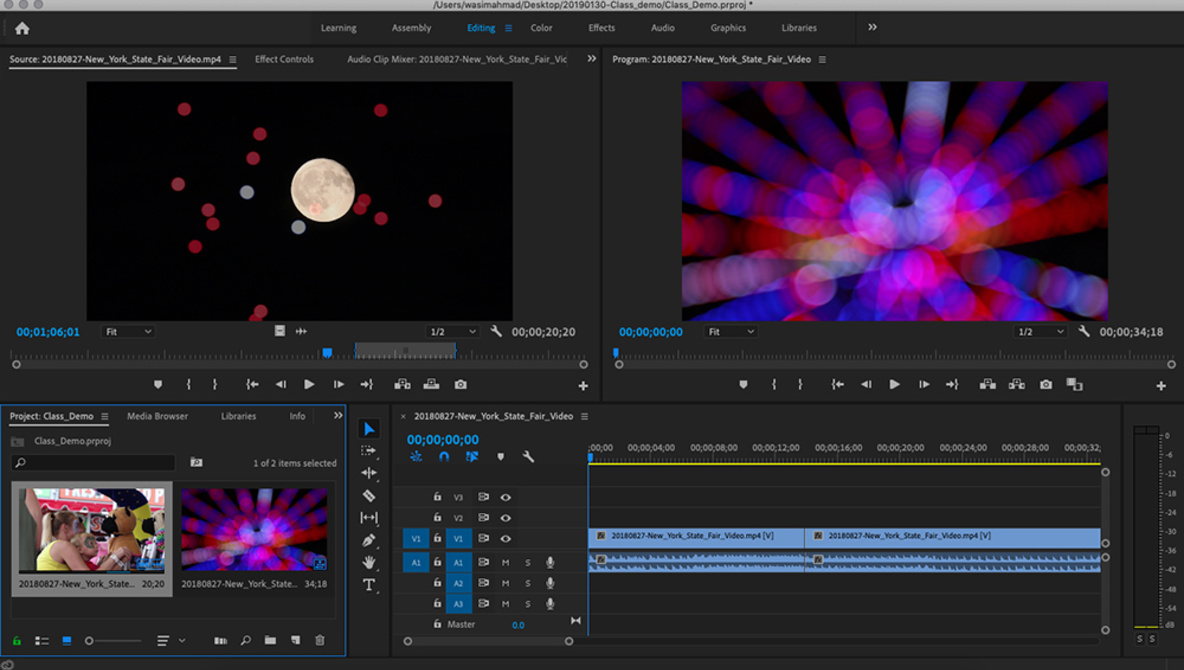 Do you want Fstoppers to send push notifications for new articles and activity on your posts?

Since moving to the Creative Cloud software-as-a-service model, Adobe has been providing several feature updates per year to its software. But these features have come at a cost of ever-increasing system requirements, begging the question: Is it worth it?

As some background, I’ve been teaching college students to edit video for the better part of a decade. I’ve used everything from Final Cut Pro 7, to Final Cut Pro X, to several iterations of Adobe Premiere Pro. While through the universities I’ve worked at, I’ve been able to run all of this software on the latest and greatest machines, my home setups more mirror what mere mortals can afford: a humble Macbook Air and a mid-range PC and iMac.

One of the great changes I’ve seen since I was professionally shooting video for newspapers is the democratization of the tools. Since non-linear editing software became easier to use and more cheaply available, video editing became a tool for the masses, not unlike pen and paper. Final Cut Pro X was derided for its interface change, but in reality, it dumped old conventions for a sleek and modernized interface that just worked. And several years later, on the same Macbook Air I installed it on seven years ago (and paid for once, without a subscription), it still works just as well and mostly as fast.

This is where the commenters chime in and tell me that if I’m serious about editing video, I shouldn’t use a Macbook Air or that video editing doesn’t come cheap. Except that it has for a decade, and the creep upwards has only been in the last few years. I used to run Adobe Premiere Pro CS3 on an Acer Ferrari One netbook. And really, if Apple can keep Final Cut Pro X humming (even on 360 video) on a 6-year-old Macbook Air like mine, there’s no reason Adobe can’t find a way, though it doesn’t seem to be able to do so even with key software such as Lightroom either.

Adobe seems to recognize this, releasing “lighter” software such as Adobe Premiere Rush CC, but all this does is further fragment the video editing landscape even within Adobe’s own tent.

Since locking users into its Creative Cloud, it seems that Adobe is less concerned with making its software run well and more concerned with what features it can use for marketing purposes to suck more customers in. Any other company engaged in this practice would have their software labeled as “bloatware,” but it seems users are content with spending thousands on upgrading their hardware to work with the software rather than the other way around. Younger and new users can’t do that, and so in the long term, this approach will cut out the beginning user base. If young people don’t start on the software, they won’t continue on the software. It’s the same reason why Canon and Nikon seed themselves into schools around the country, to grab students at the start of their education and hook them into a system early on, a smart play.

What do you think of Adobe’s software? Are the hardware requirements getting out of control? Is that just the price of admission? Leave your thoughts in the comments below.

Wasim Ahmad has been a journalist for newspapers in Minnesota, Florida and upstate New York. He’s also spent almost eight years as a multimedia journalism instructor at Stony Brook University and Syracuse University (where he got his master’s degree in photography). He also worked as a technical specialist for Canon USA.