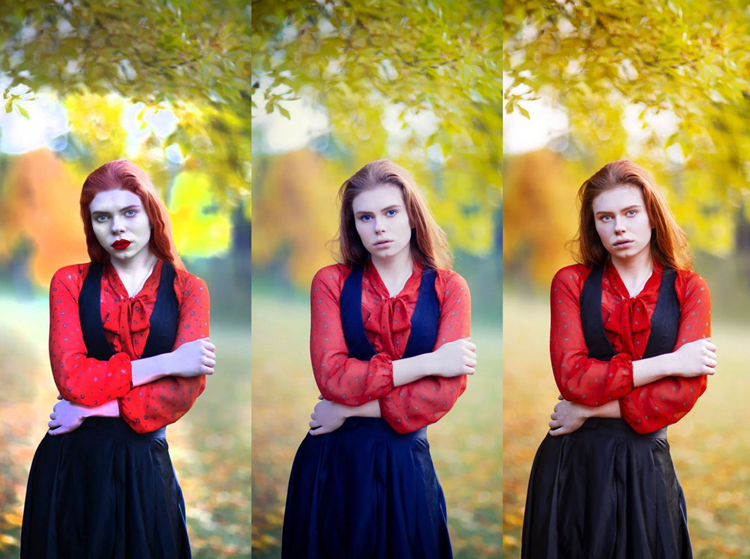 A photographer learned the hard way that if you want something done right, you have to do it yourself.

Irene Rudnyk has been a photographer for more than a decade. She specializes in feminine portraiture.

Being immersed in the photography community for so long, she noticed a growing trend: photographers hiring freelance photo editors to retouch their photos. Rudnyk decided to conduct an experiment to see how this new trend is affecting the industry.

She turned to Fiverr, a freelance services website, to hire photo retouchers.

“I decided to go with three different freelancers that were at different price points, but I made sure all of them had 5-star ratings, as I wanted to give it a fair chance,” Rudnyk told INSIDER.

Keep scrolling to see the results.

First, Rudnyk purposefully chose an image she thought would be easy to edit.

Rudnyk chose to send a photo she shot with a model named Peyton.

“I chose this one because it’s actually pretty easy to edit, in my opinion,” she said in a video about the experiment. “She has really, really good skin, and there’s not much that needs to be done to the image except for a lot of color correcting.”

Here is the prompt she gave the editors: “I would like if you made this image very vibrant, warm. Clean skin, bright eyes, and make her hair look more red, so it matches the background. Also, I trust your judgment on making this image look beautiful.”

Rudnyk told INSIDER she didn’t expect a masterpiece, but “hoped for decent edits since all retouchers had nothing but good reviews.”

But the high-end retoucher who charged $10 left her a bit disappointed.

Rudnyk said she had high hopes for this editor because he cost the most, but ultimately she was disappointed. She explained in her video that although the image appears to be vibrant, the skin tone is “really, really bad.”

“I would never deliver something like that to my client,” she said.

Her mid-range retoucher charged $5, and the results weren’t all that different.

“The second and third image were kind of disappointing,” she told INSIDER. “Obviously, they were great when we compare them to the first edit. But they were in no way professional. Just proves that you get what you pay for.”

But the cheapest editor ― who charged $0.25 ― left her speechless.

“When I saw the edit, I honestly was absolutely speechless,” Rudnyk told INSIDER. “I stared at that image for about five minutes. Just trying to figure out if I got trolled. Surely it must be a joke, and I still am not sure if the [editor] was serious about it or not. But, hey, at least I got a good laugh.”

Rudnyk learned that if she wants a perfectly edited photo, she has to do it herself.

“It just proves that I am my best and cheapest option when it comes to editing. And I recommend that every photographer should learn how to use Photoshop or any other editing software that they like,” she said.

But to anyone who still wants to hire someone, she advises doing research.

“If you still would like to outsource your editing, I recommend you spend a lot of time looking for the perfect person and don’t cheap out,” she said. “Editing can really elevate or truly mess up your picture.”

This article is written by Frank Olito and appeared in here.

The above scenario should not always be the case. Rely on our 12 years experience to get your job done the way you want it. At a competitive rate and fast turnaround  we give you the best deal that you deserve.  Take our free trial service now, don’t spend your hard earned money without seeing it first. For us it is always our valued customers who comes first. We are committed to have long term relationship. To take the advantage of the free trial click here now.