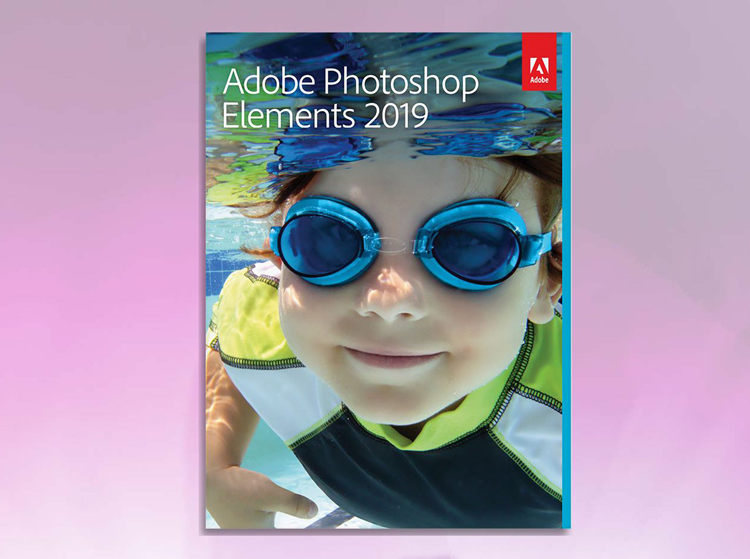 The latest version of Photoshop Elements doesn’t have a lot of new features, but new users and anyone with an older version of the app will appreciate the changes that are there.

Adobe Photoshop Elements is the go-to app for busy amateur shooters determined to make family memories come alive in a unique and artistic way. Increasingly, Adobe relies on Sensei, its artificial-intelligence engine, for updates to features already present in previous versions of the photo-editing app as well as brand-new innovations.

In this version of Elements, a new Home Screen, which hosts the new Auto Creations feature, accompanies simplified new templates for photo and video collages. The app also adds support for the HEIF (High Efficiency Image File) for the highly compressed mobile- image format Apple now uses in more recent iPhones and iPads. And, for the first time in recent memory, there are no identifiable new features for the Organizer, Elements’ companion-asset-management app.

Photoshop Elements 2019 presents a radically revised home screen — light in hue with no top tabs. If you park at least one folder of images in the Elements Organizer helper app, which ships free with both Photoshop Elements and Premiere Elements, the Home Screen will scan it to automatically generate and launch one-of-a-kind photo and video collages or slideshows.

The Organizer gets no identifiable new features in Photoshop Elements 2019

Though Elements is a consumer app with a perpetual license, you must still create and sign into an Adobe account to start using the software.

You can also create collages manually or edit the automatically generated ones, but with Elements 2019, Adobe chooses which photos and videos to use via its Sensei artificial- intelligence engine. Artificial intelligence is, by definition, artificial, and I’m almost never satisfied with Adobe Sensei’s pick of favorite photos to include. Still, the feature is helpful in getting you started, and the results are easy to tweak by swapping alternate photos in and out of the collage or by changing the number of images. The best-case scenario is for users to love Auto Creations and use them as is.

The Home Screen also showcases all the new features in Photoshop Elements and lets you navigate directly to more information about them while a search box lets you find the feature you’re looking for.

Though Elements is a consumer app with a perpetual license, you must still create and sign into an Adobe account to start using the software.

At the heart of Photoshop Elements is the program’s Guided Edits, an interactive signature tutorial feature, which lets you work directly on your chosen photo via a step-by-step guide. Photoshop Elements now has dozens of guided edits, including four new ones with this release.

Multi-Photo Text: This is an easy way to stuff photos inside display type. Earlier versions of Elements allowed a single image to inhabit ornamental lettering, but in this version, instead of transforming an image into letters, you position type over a blank or colored backdrop or a background image and fill each letter with different pictures. You can change the background color or make it transparent, or you can enlarge and move individual letters or use a different photo as a backdrop.

Meme Maker: This new guided edit is incredibly easy, unlike some other meme-based guided edits from the last few years that involved numerous steps. Here, you just choose an image, select a background and type in your phrase. There are a few fancy background choices, though nowhere near enough, and you can also add a solid color frame of any hue if you choose. And there are some restrictions on the special effects you can add: You can convert the original image to black-and-white or sepia or convert part of the photo into a drawing, but that’s about it. The meme maker is a quick and dirty way to get your post up quickly, and that suits me just fine.

Adobe Photoshop Elements’ meme maker is a quick and dirty way to get your post up quickly, and that suits me just fine.

Partial Sketch: This operation allows you to produce mixed-media creations from your photos by converting parts of the image into line drawings while leaving the rest as a photographic image. You get four choices: pencil sketch, colored pencil sketch, old photo and old paper. A quick selector lets you choose where to apply the effect. You can choose only one effect at a time, so there’s no mixing or layering of effects. But you can experiment with which ones look best with your image or invert the effect before saving. It would be very cool to be able to mix more than one effect in a picture.

Text and Border Overlay: This is an attractive feature you can use to annotate a single shot. It somewhat resembles previous overlay-style guided edits in that it facilitates ornamentation — in this case several border options and text — without obscuring the photo. Although you can resize the border and text and make them a different color, the border cannot be moved to any place in the image you want — it stays aligned to the border.

You can use any font in your system to add text to the design, choose from a number of built-in styles, and make both the border and text any color you want. You have to take care in how you select the default text — Elements won’t let you group-select and replace the default lettering, but rather you must remove or replace at least one letter before being able to group-replace the text. You can then position the text block at four corners or the middle of the image.

Adding text is a one-shot deal. If you change your mind about the text after you saved it, you have to start all over again. It would be nice if the undo functioned in this context, but it’s not that big a deal.

When you launch Elements, the app sorts through all images and videos in the Organizer to automatically generate slideshows and collages. From there, you can launch the collage maker to view an assortment of fresh templates from which to  choose. The collage feature was quite easy to use in the previous version of Elements, but it has been even more streamlined in the 2019 edition, aided by a boost in automation.

You can add or remove images from the collage, with the template maker automatically adjusting the number of cells you want in your creation. In addition to portrait and landscape templates, specific styles for Facebook and Instagram are also included.

The collage feature was quite easy to use in the previous version of Elements, but it has been even more streamlined in the 2019 edition, aided by a boost in automation.

The Home Page also features several different automatically generated slideshows. Instead of opening in the Elements interface, the slideshow switches to the Organizer interface, where you can edit, swap out images, add captions and change the musical score from Adobe’s built-in music samples.

Adobe maintains an aggressive upgrade schedule for Photoshop Elements that succeeds in keeping the app fresh. While the 2019 version is a rather thin update regarding new features — the Organizer has no obvious new features at all — both existing and new users will find something that grabs them. Auto collages and slideshows will help busy working folks decide what to place on social media, while maintaining the ability to tweak at will.

Unless you can’t live without the new guided edits or the easy collage feature, users with more recent versions will miss little in skipping this update. New buyers, or those with older versions, would greatly benefit.

This article is written by Jackie Dove and appeared here.